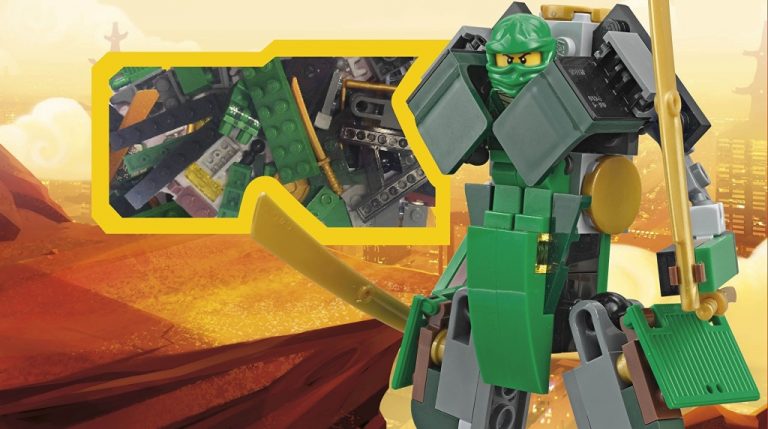 Following on from the previous two articles on mecha, GertLUG member YL Tan brings us a third installment.
First was an introduction on what mecha are, featuring three mecha MOC-builders of note.
Then we had the December MOC of the Month, showcasing the KS22 Keisha mech built by YL Tan himself.
And now he's back once again to talk about the LEGO mecha sets that'll get our creative engines going, the gateways to mecha MOCs of our own.

Basically, when it comes to LEGO and mecha, it is fair to say that any fan of LEGO today is living in a golden age, as the company has come out with sets at different levels of complexity. Whether you're a beginner or an experienced builder, The LEGO Company will have something for you. Indeed, when writing this the challenge was more in narrowing down what sets to feature as LEGO has *that* many to choose from.

All these sets selected here, at the time of writing in early December 2020, are available either from the LEGO stores, the LEGO Company's official UK website or via Amazon.co.uk.

Firstly, beginner sets. My personal favourite is the LEGO NINJAGO Build Your Own Adventure: With Lloyd minifigure and Ninja Mech model, available from Amazon.co.uk for £14.39. I have a personal connection with this book and the set that came with it as all my MOCs from 2015 to today evolved from all the techniques I learned building this small set. 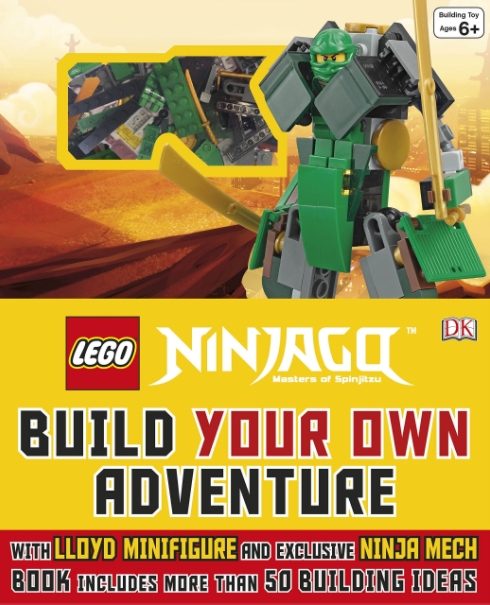 Another entry-level set I would recommend would be the Spider-Man Mech (76146) priced at £8.99 on LEGO's UK online store. It's simple, straightforward and it provides an introduction to a different school of building techniques centred around the use of a part loved by many mecha MOC builders, the Large Figure Armor, Chest with 4 Studs and Bar Handle with Closed Ends (part number 27167 on BrickLink). 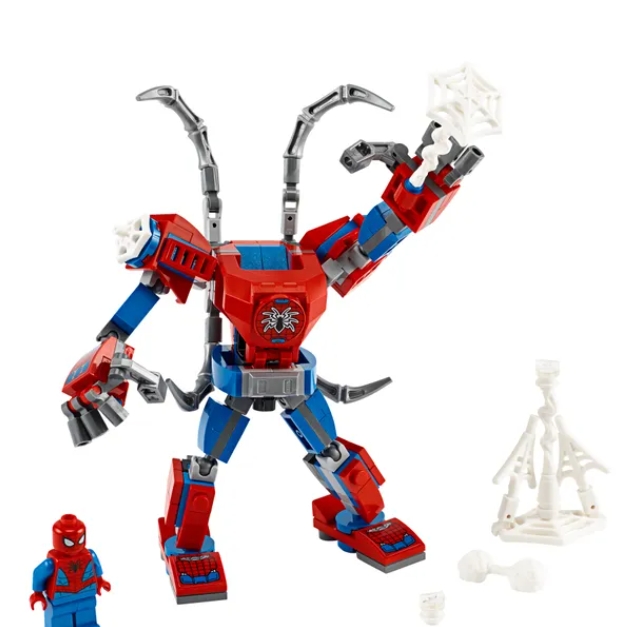 On to the intermediate sets, my first choice would be the Spiderjet vs. Venom Mech (76150), which LEGO's online UK store prices at £34.99. This set also uses the Large Figure Armor, Chest with 4 Studs and Bar Handle with Closed Ends in a similar way to the Spider-Man Mech (76146), but with all the added connections and extra parts - both in the Venom Mech and the Spiderjet - one would have a lot to experiment with and learn from. 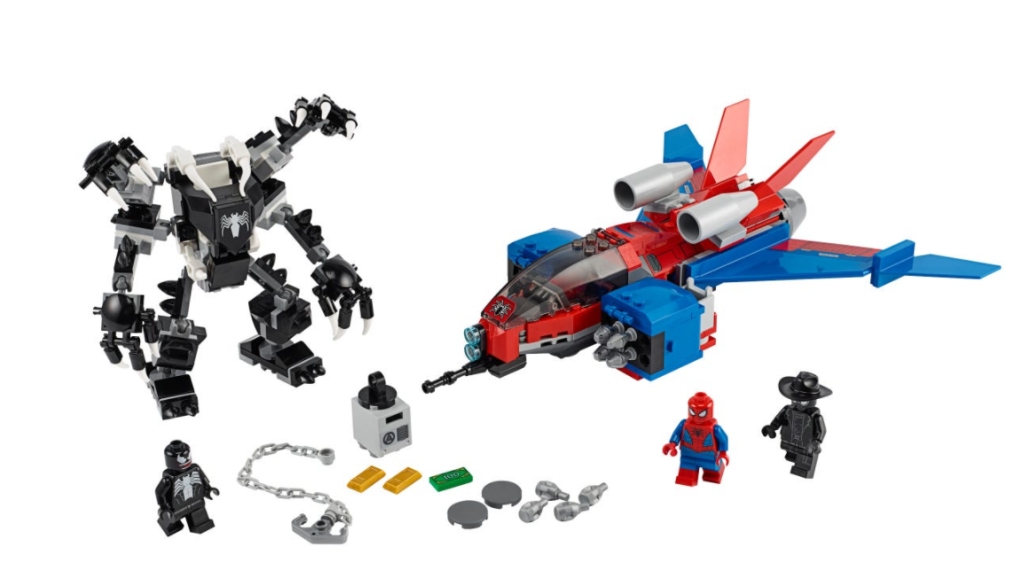 The second intermediate set might be harder to come by in 2021 as LEGO is retiring it and it is now out of stock on the official UK online store, but if you can get your hands on Spider Mech vs. Venom (76115) which is available for prices starting from £84.90 as of December 2020 on Amazon.co.uk - it would be a good stepping stone when learning how to build larger mecha. 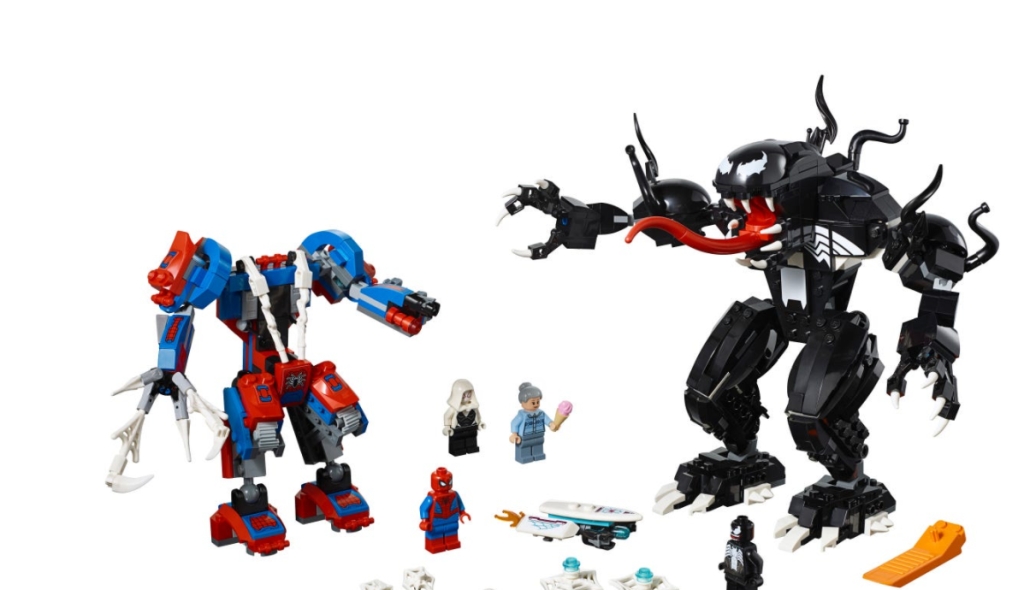 Now, if you feel ready for a challenge - here are some of LEGO's most complex mecha sets, at least as I can see in my humble opinion.
The first on my list would be from the Ninjago line-up, specifically the Fire Stone Mech (71720), which is available from the online store for £64.99. It's big, has lots of parts and a good articulation range. All skills worth learning when upping one's LEGO mecha-building game. 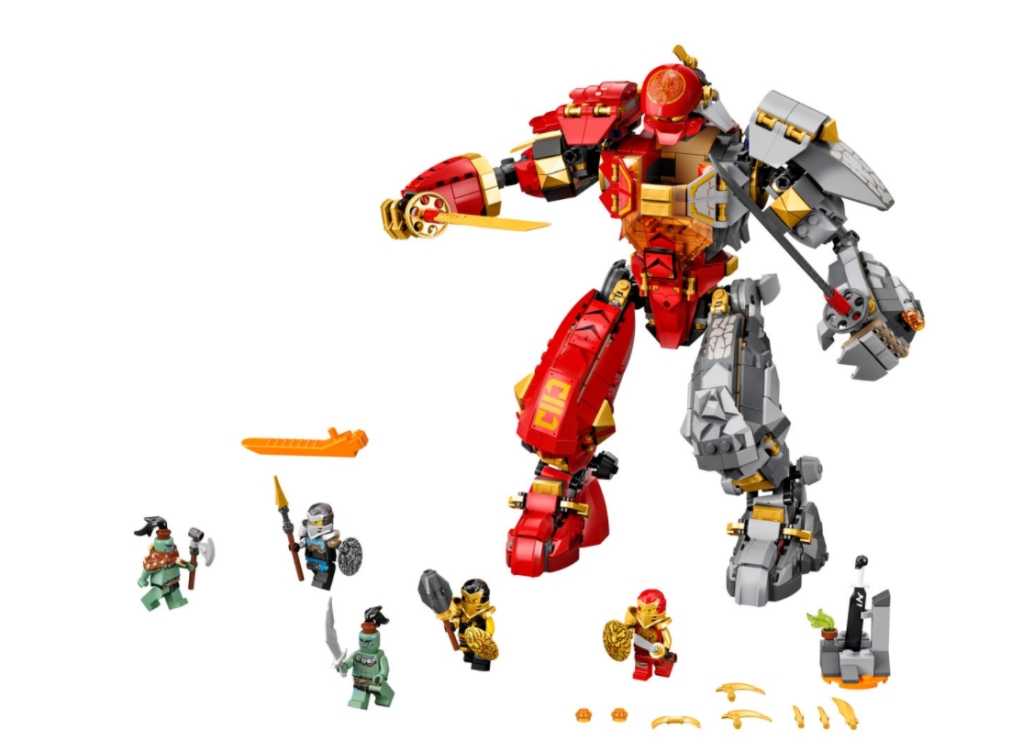 Next and last on my list would be the Monkey King Warrior Mech (80012), which is priced at £129.99 on LEGO's official UK store. This set - which comes with another smaller mech - has a lot of detailing in the form of tiles, stickers and greebling and a lot of articulation. Perfect for a builder up for a challenge! 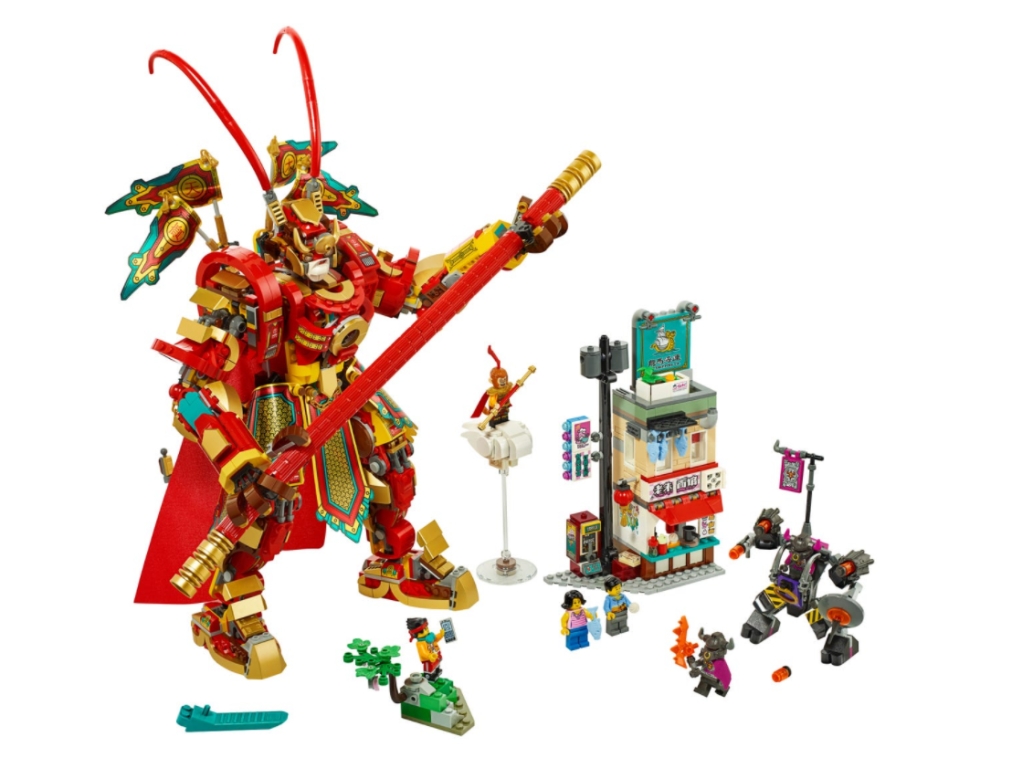 And with that, the official sets are pretty much tackled along with a spectrum of the different techniques one can use when building LEGO mecha - including MOCs.

So with MOCs in mind, how can one then go about building them having gained a grasp of techniques through building official LEGO sets. Basically, while I would start by getting ideas from movies like Pacific Rim or the third movie in the Matrix trilogy i.e. The Matrix Revolutions or games like MechWarrior or Titanfall- I would encourage builders to come up with their own ideas and universes. Ultimately, I rely on the advice shared in a Forbes interview by the Japanese anime master behind the Macross universe (and AFOL) Shoji Kawamori when it comes to my MOC-building. Basically, he said;

“In terms of my approach to designing mecha, there are obviously many ways but I tend to start with the world setting, what sort of work it will be. In my case, it's not just about designing the mechanical part but figuring out how the ideas work as a whole. This is often because these are often original works and a degree of internal coherence is obviously necessary.
Since mecha are artificial objects, the types of people that would make and control its manufacturing process should also be included in the narrative setting. Not to mention, it is also important to have the mecha to be equivalent to the technological standard in the narrative setting. So I need to be really immersed in that narrative in order to understand what kind of mecha I have to design."

So with that, brick up and happy adventures in LEGO mecha universes, my friends! Leg Godt!