With the LEGO Group's focus on sustainabilty over the last few years, with plans to make all products sustainable by 2030, GertLUG member James Brand and David Warner came up with an idea for a LEGO theme featuring sets that focus on this subject. David has supplied us with the below article to tell us about their project.

"Before we dive deep into our design, it is paramount that we first talk about LEGO World Builder, the up-and-coming website where you can share your LEGO ideas, with a chance to get your project made into reality.
LEGO World Builder is a platform powered by Tongal that allows AFOLs to submit new theme concepts. The users of the website can like, comment and collaborate on other users' projects, be it the project as a whole or an individual component, for example a character or an item. With enough likes and followers, the projects can attract the attention of the LEGO Company itself where they can then buy your concept or parts from it and bring the set into actuality. By all means, what LEGO is really looking for is a project that is original and is worthy of being realised, so anyone has the potential to create something amazing.

To start building, one must first come up with all the right ideas in order to do so. Thankfully James came up with the bright idea to base our project on sustainability, a theme that LEGO had barely scratched the surface of. Ergo 'LEGO Sustainable Squad' was born. Since there are so many different themes in LEGO, ranging from space to cities to ninjas, we thought it was important to come up with something more original yet relevant to our daily lives, so sustainability fit nicely into the new LEGO set puzzle. Tackling topics such as deforestation, litter and pollution, we aim to encourage all generations to gain a new perspective on our radically changing world.

Principally, we laid out our designs for what we thought the project should be and what to include. On LEGO World Builder there are 8 different subcategories in order to structure the project: characters, society, history, places, storylines, transport, items, and resources. From this template we started to work on the different aspects of the project, commencing with the characters.

As the theme was sustainability, we thought that we should come up with a team that specialises in renewable energy versus the villains that represent fossil fuels. Thus the Sustainable Squad and Garbage Gang were born, respectively. Aside from the main protagonists and antagonists, there were more minor characters that fed into the continuity of the landscape, such as a miner at the Coal Mine. Additionally, thanks to the contribution section on LEGO World Builder, we were able to incorporate another character, Geo-Na Lee, into our world.

The other subcategories are all present to add more depth to the world and provide the lore and law of the land. Whilst I worked on the more written and conceptual side of things, James began with the design of all the ideas we were spewing out, utilising both LEGO Digital Designer and physical bricks. Somehow managing to interpret my rather unflattering drawings and turning them into something much more plausible, James manufactured everything from a Natural Gas station to a mech suit to a soft drink. 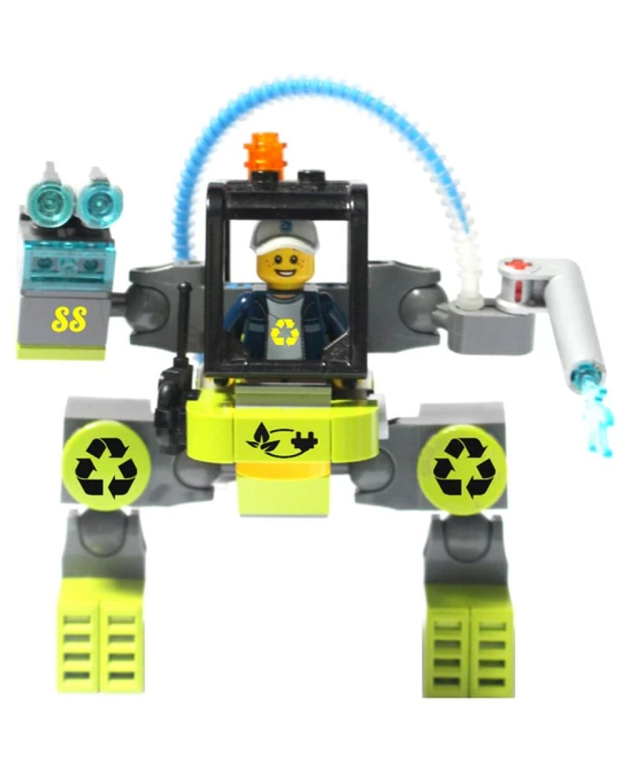 Eventually, after we compiled all the components into one large bundle o' fun, we thereupon divided the characters and items and other miscellaneous bricks into 5 different sets: Flowind Farm, the workplace of the heroes; the Coal Mine, where the Conterminator reigns; Litterbug's Island, where Sally Saver would face off against Litterbug; Naturally Gas Station, where Pollutron supplies illegal natural gas as car fuel; and the Pine Forest where Geo-Na Lee fends off Jack Lumber.

Zooming forward to the present day, we have essentially finished all the LEGO sets and we feel we no longer need contributions, as we sustain an acceptable amount of content. Subsequently, we are in the process of finalising our project and adding some finishing touches as I write these very words. 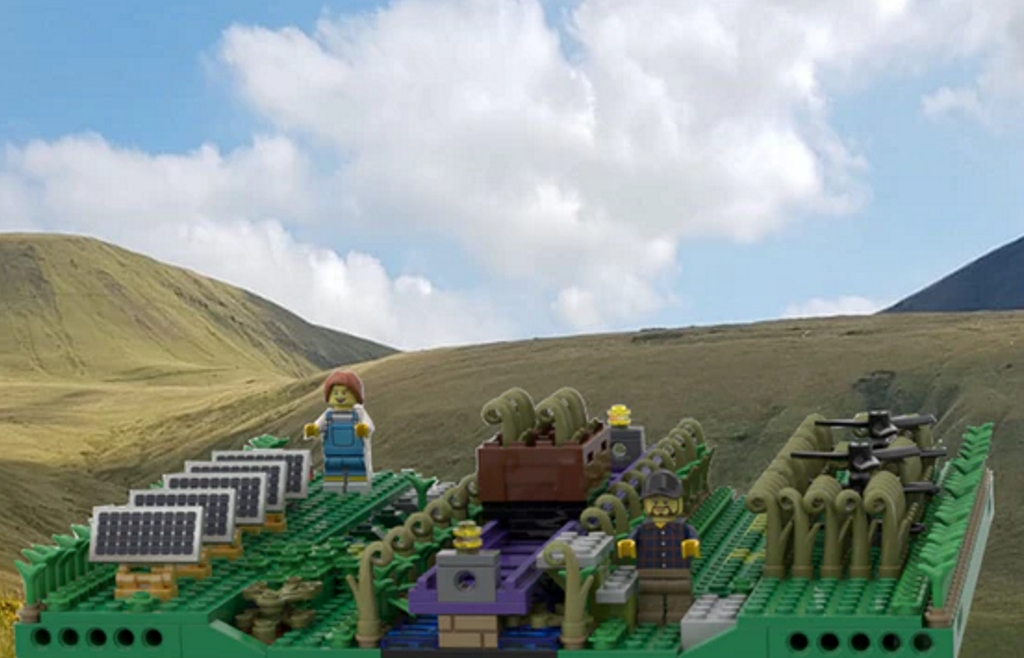 At the moment, James is updating all the models in LEGO Digital Designer, Studio 2.0 and Krita, which allows us to perfect the designs of all the models to the most aesthetically-pleasing versions. In the meantime, I am updating the mythology and helping make critical decisions so the whole project doesn't go kaput and James doesn't add some crazy feature like a dinosaur or what have you. Although that would be cool, it would unequivocally remove the plausibility of the set, but feel free to add a dinosaur or something whacky on your own if you desire.

Despite the fact that we're almost done with everything, there is always more to potentially add, for example a road or plants, however not too much otherwise we will be faced with the continuity errors that I just mentioned. Furthermore, we are going all out with a promotional video in the works, which will be a stop-motion animation, animated by James and voiced by myself. Once done, the trailer will be found on James' YouTube channel, Purple Builder.

All things considered, we wholeheartedly thank you for taking the time to read about LEGO Sustainable Squad and we hope that you will follow and like our project on LEGO World Builder. Please feel free to check out all the other projects on LEGO World Builder, as they have been created by talented people and deserve recognition for their unique designs."

How to sign up to LEGO World Builder: https://www.youtube.com/watch?v=4YC23l4Mius&ab_channel=PurpleBuilder