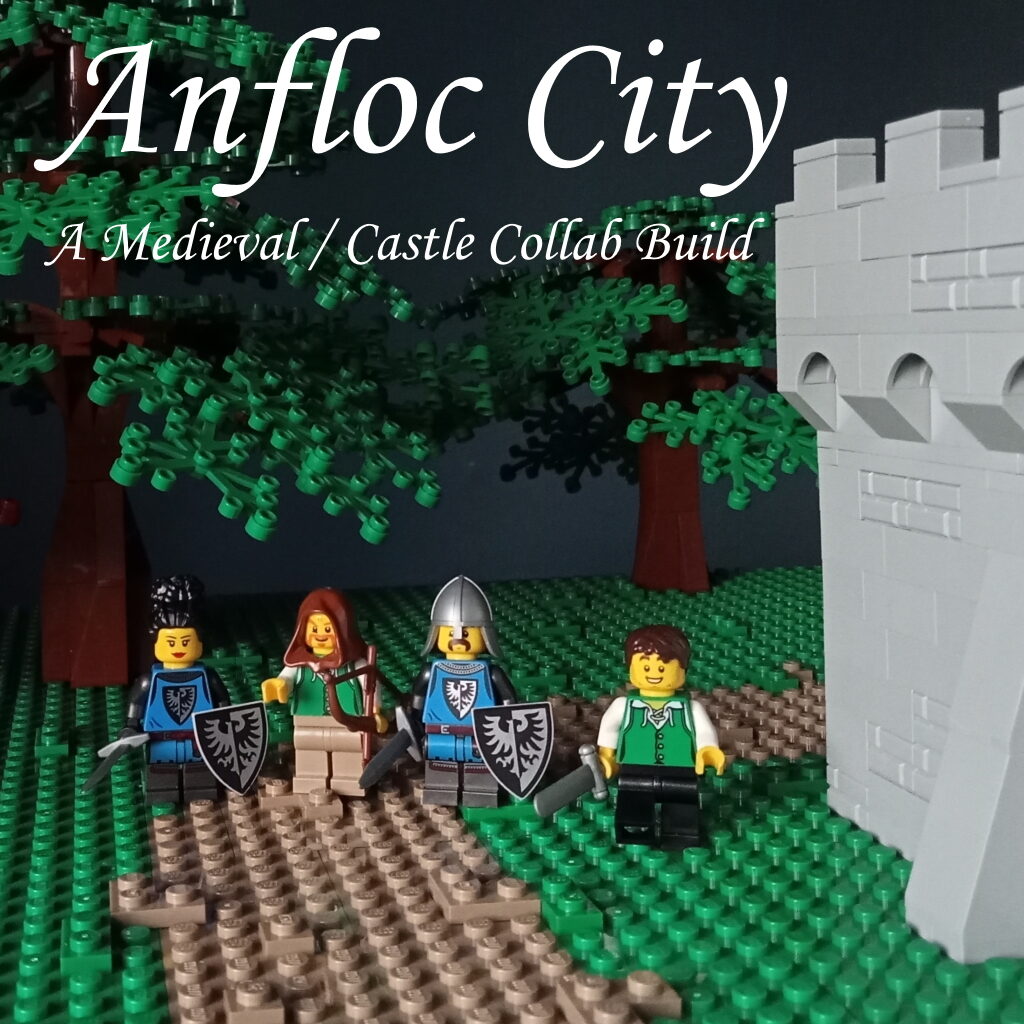 Welcome to the city of 'Anfloc' (it's an anagram of Falcon as I couldn't think of anything better and the latest knight minifigures are based on the Black Falcons from the 1980s sets). This medieval city is in an important trading area and is surrounded by a wall for protection in case of attack. Within the walls are various homes, shops and other buildings with visitors from many places in the land. Outside, on the road to the city are travellers, bandits and other people of the forest.

Inspired by the various castle themed sets that were available in the 1980s and 1990s, along with the return of the Back Falcon knight figures in more recent Creator and LEGO Ideas sets, we intend to create a large display featuring part of a medieval walled city with some forestmen and other characters amongst the trees outside.

Each builder will have the opportunity to build something that fits within the medieval / LEGO Castle theme along with some ground cover and landscaping to make an epic display. To assist with model stability, landscaping options and continuity, the ground surface will be built using a standardised system as a base. On top of this, we will need castle style city walls, roads and pathways, trees and bushes, and various buildings and market stalls. Some forestmen builds can be included alongside the roads outside the city with some travellers with horses and carts making their way to and from the city gates.

Instructions for any standardised sections, for example the ground surface and wall sections, will be provided to GertLUG members to ensure a cohesive display and will be released to the public after the Bristol Brick Show 2023. Login to access the Medieval / Castle Collab Instructions by clicking here. In the example display layout below, light grey sections represents cobblestone roads, brown represents dirt tracks, dark grey represents the city walls and castle towers, and the dark blue represents city buildings and market stalls.

Throughout the building process, we plan to provide participants with ideas and inspiration and encourage ongoing discussion between contributors as the build evolves. Due to the nature of construction for the base/supporting structure, we encourage all contributors to supply details of what they intend to build and bring to each event that the display will appear at so that the Committee can plan how the display may fit together in a cohesive manner.