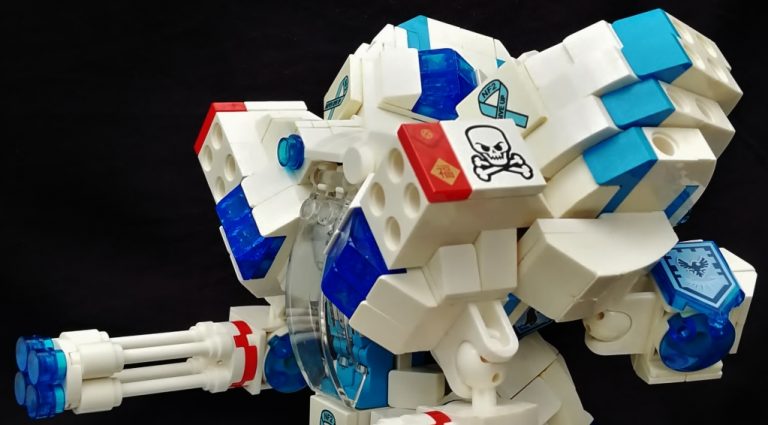 Following on from last week's article by YL Tan introducing Mecha, we are now featuring his very own mecha MOC in an appropriate month to do so.

December 2020 would mark YL's 15th year as an increasingly-active member of the global community of NF2 fighters and their immediate supporters. NF2 is a genetic disorder caused by a mutation of Chromosome 22 and people born with it live lives fighting to seize the day in spite of the tumors growing slowly in their brain, spinal cord and other nerves due to this genetic disorder.

Here is what YL has to say about his model;

"This here is the KS22 Keisha and it is the main MOC of my Lego universe's good guys, the 22 NF2 Regiment. It is a tribute to Keisha Petrus, a Malaysian who died fighting a genetic disorder called NF2. In designing the MOC, I tried to honor the spirit Keisha had when it came to facing down NF2 in spite of losing her hearing, her ability to walk and even smile as tumors damaged her nerves - and I did this by modelling a mech that's both nimble and tough; you can blow its arms away, shoot a wing clean off, crush half its chest and it can still continue fighting. 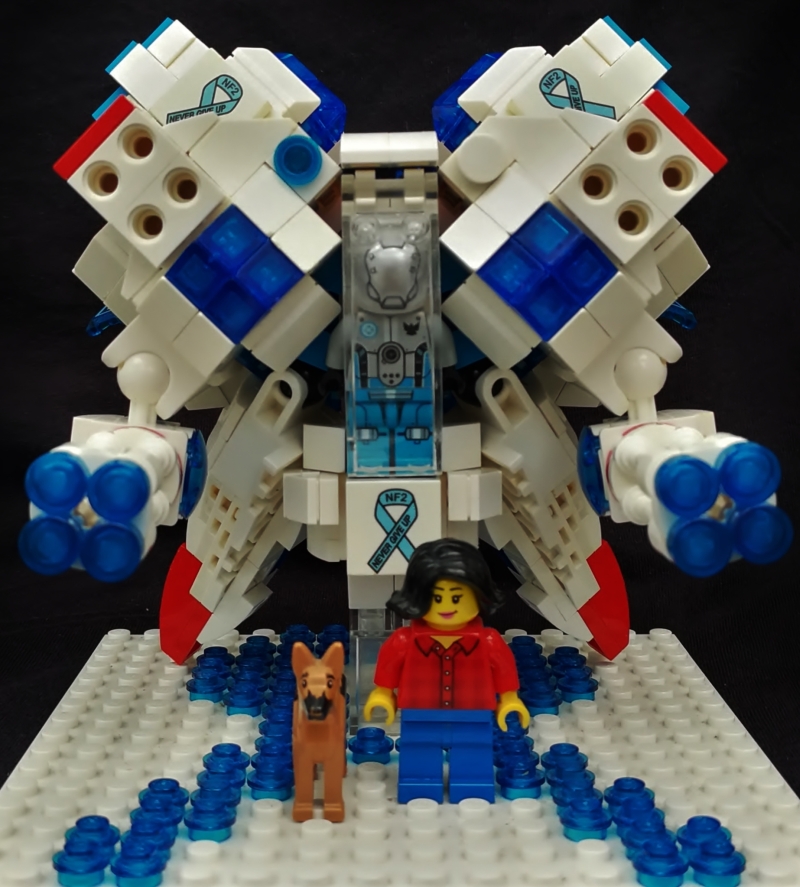 "All my MOCs are part of this theme, which honors all my friends who were born with NF2 and fight to seize the most of life in spite of the tumors growing slowly in their brain, spinal cord and other nerves due to this genetic disorder caused by a mutation of Chromosome 22, hence the name for the theme. I choose to use mecha MOCs to immortalize their fighting spirit, as many of my friends with the disorder require some form of mobility assistance - such as wheelchairs, rollators or walkers - to get around. Therefore, I imagine a world where powered exoskeletons and mecha would allow them to walk, perhaps even fly.

"From a Lego perspective, I draw visual inspiration from the mecha of the Tau from Warhammer 40K when designing my MOCs. I also look to the concept art for games like Overwatch, Titanfall and Strike Suit Zero as well as the sketches for the mechs from anime like Robotech for ideas when MOC-building."

You can see more of YL Tan's work on his Instagram at https://www.instagram.com/tanyl22nf2/ or learn more about the global fight against NF2 at https://nf2biosolutions.org/.