The GertLUG meet up for November had one of the largest attendances since we had to move to virtual online meet ups, seeing as many as 20 members for part of the duration. As with the majority of the online meet ups, we had members attending from across the UK to discuss anything LEGO related that came to mind.

We started off with the usual introductions, this time describing the last thing we built. These ranged from recent LEGO sets such as the Nintendo Entertainment System, Boost Droid Commander and Harry Potter Hedwig model to older themes including Nexo Knights and even some vintage 1980s sets, which were undergoing restoration. There were also a few MOCs and larger displays being worked on including a number of Winter Village / Christmas displays. 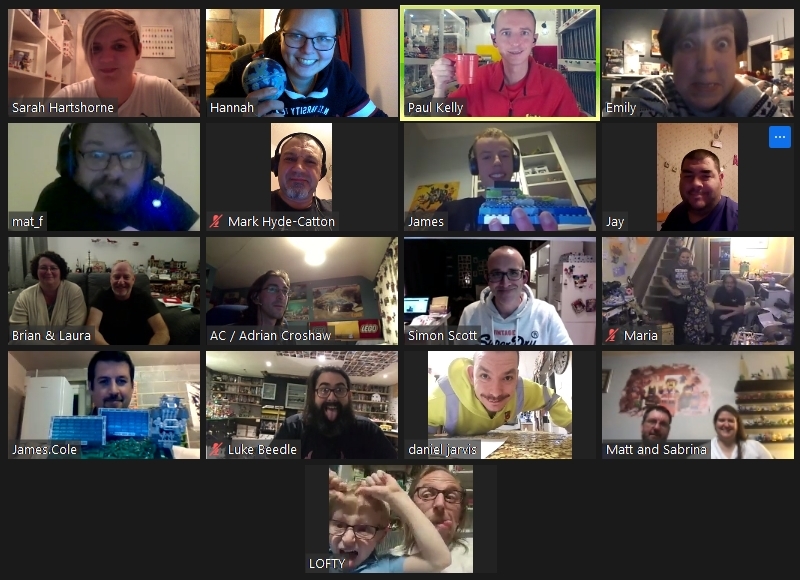 While building for the challenge commenced, because there were so many of us present, the Zoom meeting was split into multiple rooms allowing smaller groups to chat together. This gave a more friendly atmosphere for building and chatting with fewer distractions and people talking at the same time as there would have been in the single large room.

These smaller rooms had people assigned to them at random and changed three times during the course of the evening, allowing different people to have conversations with each other at different times.

Towards the end of the meet up, there was a show and tell of the challenge entries so far. These included a car catapult to get rid of all the cars that cause pollution, various eco houses and self sustaining living environments featuring solar panels, lots of green outdoor spaces and some wind turbines. Voting for a winner was conducted on the members only Facebook group over the next few days. Photos of some of the builds are shown below.

Finally for the evening, we had a tour of Matt and Sabrina's Winter Village Build so far, featuring a number of wintry LEGO sets and models, which even lit up with some strings of Christmas lights. A short demonstration of the R2D2 build from the Boost Droid Commander set followed bringing us to about 8:30pm.

This was the close of the main meetup, with a few of us staying a little later to continue talking about anything that came to mind and discuss some of the projects we're working on.