Our most recent GertLUG meet up was held at the Robins in Ashton, Bristol on Tuesday 10th September 2019. A total of 16 members attended, enthusiastic to discuss and share thoughts, ideas and general banter to do with all things LEGO.

Thanks to Hannah for managing the swap box, which opened the meeting with a ceremonial dumping of the contents onto the table, swiftly followed by members adding their surplus supplies to the pile. The beautiful sound of brick rummaging and sorting then echoed through the room for the rest of the evening. The swap box was a great success and despite members eagerly searching, sorting and stacking elements to take away, the contents of the box increased by the end of the meet up, so much so that it wouldn't all fit inside. It looks like the capacity of the swap box will need to be increased in size for future meet ups. 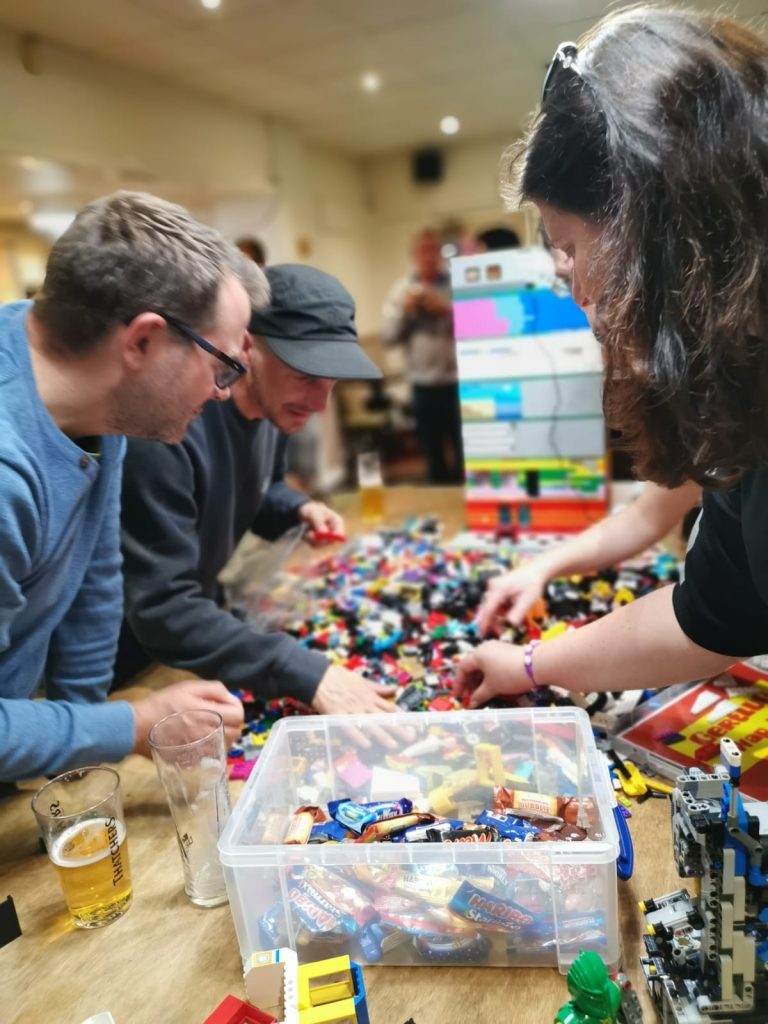 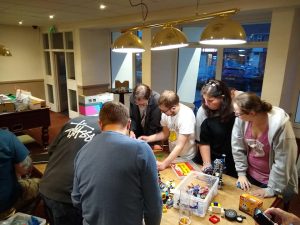 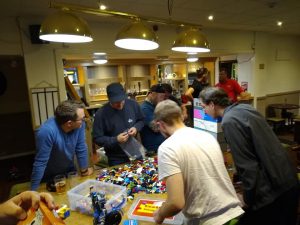 The mini competition for this meeting was themed on something that you could wear made from LEGO. Entries included pendants, bracelets, a belt and even a shoe. The photo below shows the full range of entries as modelled by some of the GertLUG members in attendance. Interesting methods of construction were demonstrated with a wide range of colours, practical application and creative thinking going in to the competition entries. 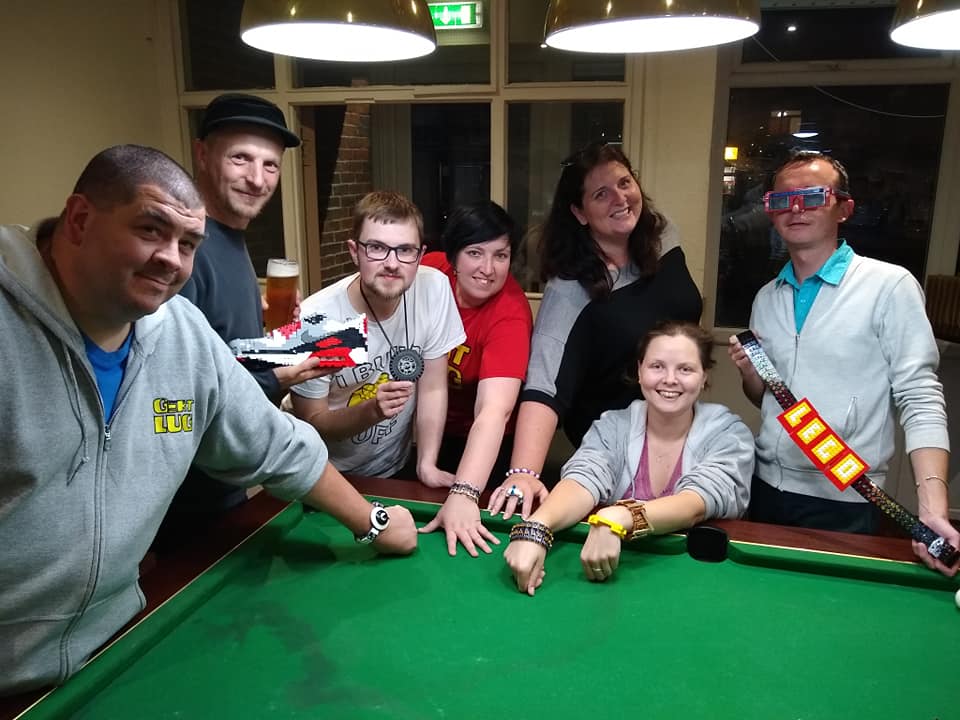 Dan brought along his collection of LEGO tower rooms which currently stands seven storeys high. The modules are all interlinked with a motorised lift and the build quality of each floor is excellent, with lots of detail, etc. Dan is continuing to work on more units in readiness for the Bristol Brick Show on the 16th and 17th of November, where they will be joined by more modules built by other people as part of a collaborative build display.

Speaking of collaborative builds, those attending the meeting who contributed to the Welcome to Apocalypseburg collaborative build were presented with a commemorative brick from Hannah. This was a complete surprise and gratefully received by all. Other contributors who weren't at the meeting will be receiving their commemorative brick in due course.

Conversations with Richard and James revealed some interesting MOCs that are in development. Richard's railway station with automated synchronised train parking to pedestrian barrier access was a delight to see. James is currently working on a Star Wars planet Endor layout which is going to look amazing.

Krzysztof demonstrated some of his Technic based vehicles, showing amazing detail on all of the working suspension and drive mechanisms. One of the cars has been developed for cornering using skid and slide techniques. We're looking forward to seeing it in full working glory at the Bristol Brick Show in November.

More donations were gratefully received as prizes for the show. It looks like the tombola will be a roaring success for the kids again this year, oh and for the adults!... 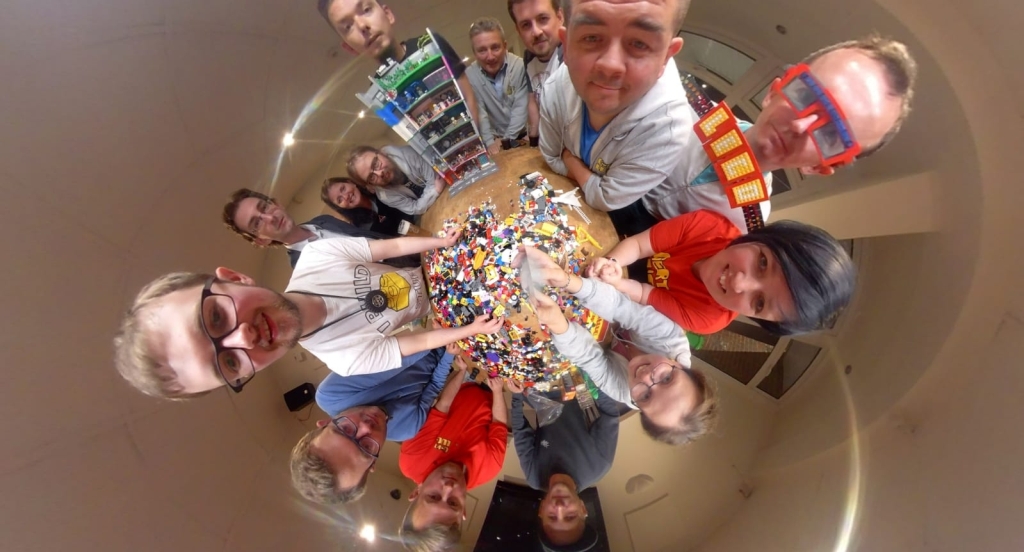