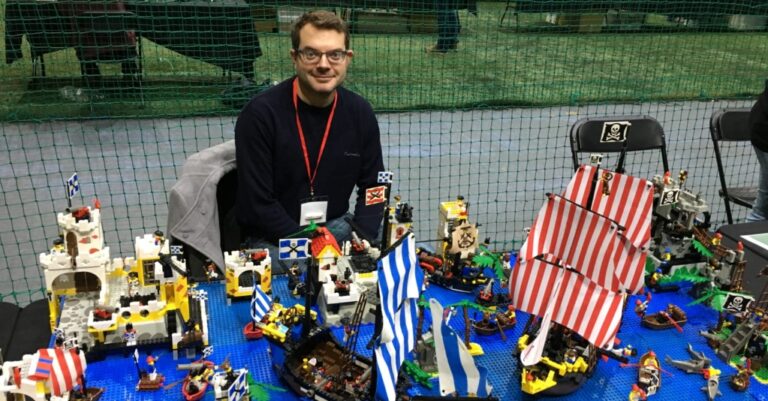 As a child in the 80s I loved LEGO. It had to do battle with Battle Beasts, win the race against micro machines and even command my attention over M.A.S.K but even as a child it did all of those things, and more.

My love for LEGO started at a young age (probably as a 4 year old, around 1986) as I had a 2 year older brother who had many classic space sets I'm sure I was desperate to break and chew on as a toddler. But my own first sets didn't come until a bit later when the infamous Forestmen, fabled Lion Knights and dastardly Wolfpack came to prominence. In fact the much loved Guarded Inn (6067) was the first of many castle sets I was given, and I loved it so much I bought myself another 3 years later!

Never a fan of town, I suppose the imagination wasn't there for me, I was hooked on medieval fantasy alongside dramatic and futuristic space battles (a bizarre combination in hindsight). M-Tron especially took my fancy with its bold colour theme, clever magnet use and somewhat badass looking vehicles (the Mega Core Magnetizer has to be one of the greatest LEGO sets ever made, surely?).

But then I grew old, well older, and interests moved on to girls, heavy metal and outdoor sports (which I always sucked at, perhaps why I'm now back with LEGO again!). My last set I got as a child that I can date was probably 6009 (the first of the fancy new knights!) and then, as a 10 year old, the LEGO just stopped. My little sister would have had the odd Paradisa set after that time but nothing more and with no kids in the family for the next 30 odd years I really didn't even touch a LEGO brick again until very recently.

So fast forward to Xmas 2017 and my parents want to clear some stuff from their loft and offer some LEGO to my now 5 year old niece. Being the kind hearted soul I am I offer to get it down, take it to my house and sort it out for her.....

....some 3 months later when I've finally rebuilt my full M-Tron collection, all of my Forestmen and castle sets (somewhat surprised by just how much there was as my memory of childhood was very shoddy!) and had also started browsing eBay for sets I'd always craved but didn't own I decided my niece didn't deserve my LEGO and should get her own!

I sold all of my Classic space stuff (likely my brother's really but he lives in China so he'll never know...shhh) and used the money to fund the purchase of many castle, blacktron and space police 1 sets I would have loved as a 10 year old. I then moved on to pirates, in particular the ships, as my girlfriend had by now added her prized 5th birthday present Caribbean Clipper to the mix and it needed something to battle on the brick seas. 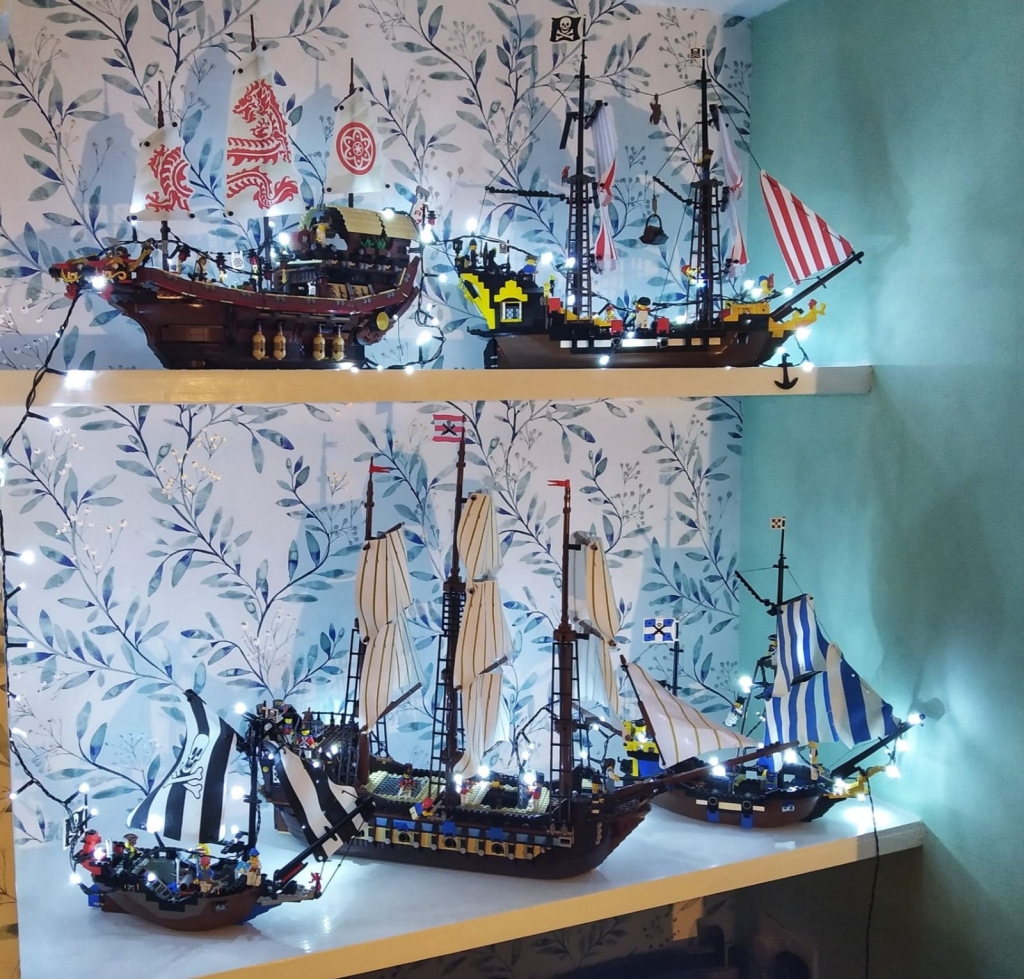 At this point I still wouldn't consider myself an AFOL and had zero interest in newer sets but I posted some pictures of my collection on a Vintage LEGO Facebook page and who would comment asking if I wanted to display at his upcoming show? Only our very own ambassador Nick Amos!

Having never displayed anything before, and with no MOCs only sets, I still felt obliged to say yes as the show was barely 2 miles from my house, how could I say no! I set about laying out every castle set I could find in one huge diorama, and all of our newly acquired Pirate sets in another and turned up to the inaugural Bristol Brick Show with an open mind.

Suffice to say it was great fun, I met lots of great people (most of whom are GertLUGgers too) and most of my family came along and enjoyed it too. I even won the Best in Show award (I think the nostalgia of all those 80s sets won over all of the attending parents!) By this point I'd also started going to regular quiet meetups in the pub where people would stroll in carrying plastic tubs full of minfigures or shoe boxes stuffed with work in progress MOCs, and I was hooked.

Soon after GertLUG was formed more officially, the committee emerged from the most active meetup attendees (me included) and it's really been a steep LEGO learning curve ever since! As Vice-chair I've generally taken a back seat but always try to help out and advise the committee behind the scenes, and having recently added 'Social media' to the role, I'm now responsible for writing posts like this one!

I still don't have a house stuffed full of LEGO, the now 15 month old appearing put paid to that, but we have a few little displays here and there. I've also gained a real love for the amazing oriental detailing and clever design of the biggest Ninjago sets, as well as buying various newer IDEAs and other sets too. And perhaps the biggest success of all is that my girlfriend Frankie has not only been roped into LEGO appreciation but has even joined GertLUG too!

So there we are, 3 years into AFOL life and I can't wait for the real life meet-ups to start again, for the shows to kick off and to actually get to display and also see all of the amazing displays GertLUGgers have been sharing online that have yet to be enjoyed by the public.

Consider me a proud LEGO fanboy, equally proud of the brilliant GertLUG community we've built and I may even consider myself an AFOL nowadays......and, as GertLUG's Social Media man I'm also now responsible for website blog posts like this so if you have a LEGO MOC or story you want to tell then please do get in touch via the Facebook group!