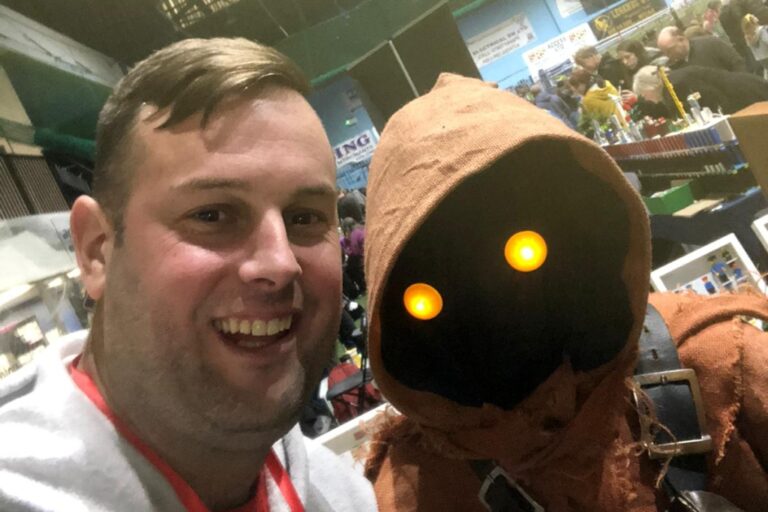 Over the next few months we will be introducing you to each member of the GertLUG committee via a series of blog posts on here, and there is no better place to start than with GertLUG's very own infamous ambassador, Nick Amos!

As someone who founded the Bristol Brick Show and has steered the GertLUG ship from the very beginning you will all likely already know the name (you've probably even been badgered by him in private messages about displaying at his shows!) but now you can get to know the man himself, in his own words:

My name is Nick Amos and I am the ambassador for GertLUG. Here is an insight into me!

So first off, away from here, I am a family man with 3 lovely children and a lovely wife. You will often see at least one child of mine at events, especially ones away from Bristol as that's the deal I have with my wife!! Haha. All 3 absolutely love LEGO and Duplo, so that's a bonus! I work as a gas engineer, working outside digging the roads for gas leaks and putting in new services (yes it's my fault you wait in loads of temporary traffic lights), which takes up a lot of my time, especially with all the call outs, etc on evenings. I am also a Bristol City season ticket holder, which has meant absolutely nothing this season!!  Hopefully we'll be back in the ground next season as nothing beats the excitement of going down just to then come home depressed when they lose again!  Apart from that I enjoy spending time with my kids, going on holidays in our motorhome as often as possible and of course, getting as much time to build things as possible. We are also almost at the stage (May 1st) of an extension to our house, which will create an extra bedroom so the 2 oldest don't have to share a room anymore, and most importantly a LEGO room downstairs for me!! Well its actually our laundry room, but I've high-jacked it as a LEGO room too! 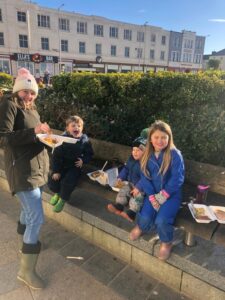 So moving onto LEGO, I always loved it as a child, then fell away from it until around 2015 when, mainly due to my wife liking it, I got back into it. After joining a few facebook groups, I saw a post about the BrickLIVE event, we went there and were absolutely blown away! It was incredible and it opened my eyes to a whole new world of AFOLs.

I later joined a few LUGs and helped and finally displayed at a few events, then decided it was time we had one in Bristol, so I started the campaign for the first ever Bristol Brick Show. That was a very stressful time, I really wanted it to be a success, so worked as hard as I could to find and sign up as many amazing displays as possible, and it worked!! The show was a massive success! In fact it was during the process of finding displayers that Ben Smith first got in contact, which led to the birth of GertLUG as an RLUG, but more about that in a minute! 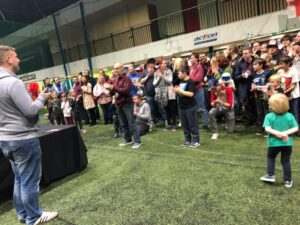 2019 was my first ever visit to the Skaerbaek Fan Weekend, that was an amazing experience, everyone needs to experience that at some point! The social side to it was brilliant, meeting AFOLs from all across the world was great. My main interests in LEGO are city and buildings, I used to display a modular town square, but have since built my first ever MOC, a 6ft by 6ft lake, so will be displaying that at upcoming events! Actually that's a slight lie, as me and my wife built a house to use at our wedding, we had that for people to sign instead of a book! My son has also now got me into Monkie Kid and Ninjago, and I am thoroughly enjoying building those sets and planning for a MOC around these themes in the future.

So onto GertLUG, as I mentioned before I first got introduced to GertLUG by Ben Smith whilst arranging the first BBS! Ben told me that everyone met up in a pub etc and invited me to the next one. I went along and thoroughly enjoyed myself and met some new and good friends, of whom are still involved and even Adrian is on the committee which is great! After the event we introduced a lot of new members to GertLUG and the membership started to grow so around April 2019 I asked Ben and the members if we should make this more formal and be able to form a LUG. A committee was then formed, and the membership numbers just continued to grow. We then organised Brick Express at the Avon Valley Railway and then BBS 2019 which was a full weekend and an amazing event if I should say so myself! I think everyone else enjoyed it (maybe apart from the norovirus part!). Then came the massive news in 2020 that we had been accepted by LEGO to become an RLUG, that was incredible! Such a great rise for the LUG, and a lot of credit has to go out to Ben Smith, Paul Tovell, Adrian Croshaw, Simon Mann, Chris Mead, David Abell, etc who got GertLUG going first off, without that start this wouldn't have been possible. It's also great that they are all still members of the LUG! (Sorry if i missed anyone off that list). 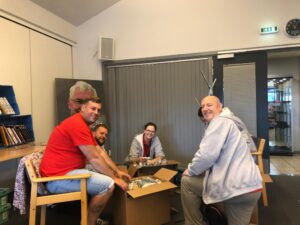 So my role as ambassador is mainly to be the link between LEGO and the LUG. I am on a networking site called the LAN (LEGO Ambassador Network), where news is given by LEGO to us to give to our community. It is also on the LAN where I have to report all events, etc that we do, as well as apply for things like LUGbulk, Project support and sign you all up for the AFOL shopping days! Along with this I also assist in the LUGbulk, project support running and I am a main contact for events and try to organise at least 1 or 2 myself every year. If anyone ever wants a chat about event organising, my inbox is always open! I enjoy my role a lot and think that I have done well for GertLUG so far and want to continue to do well for GertLUG in the future!

Going forward, especially after the year we have just had, I would love to continue to be heavily involved in the running of events, hopefully we will have a few this year, and I know there are potentially at least 4 irons in the fire already, fingers crossed!. It will also be great to get back to face to face meets in the pub, although the online ones and build nights need to continue as it's been great meeting some of the members I probably never would have seen before COVID appeared. That's been one of the good things it has given us, a new insight into how to get people involved, and with that it's made me some great new friends!

The future will be bright for GertLUG and I'd love to be the person at the front of that as the ambassador pushing this RLUG forward! 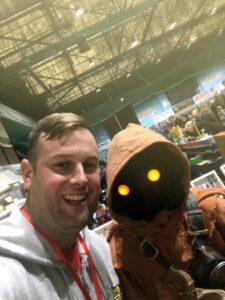