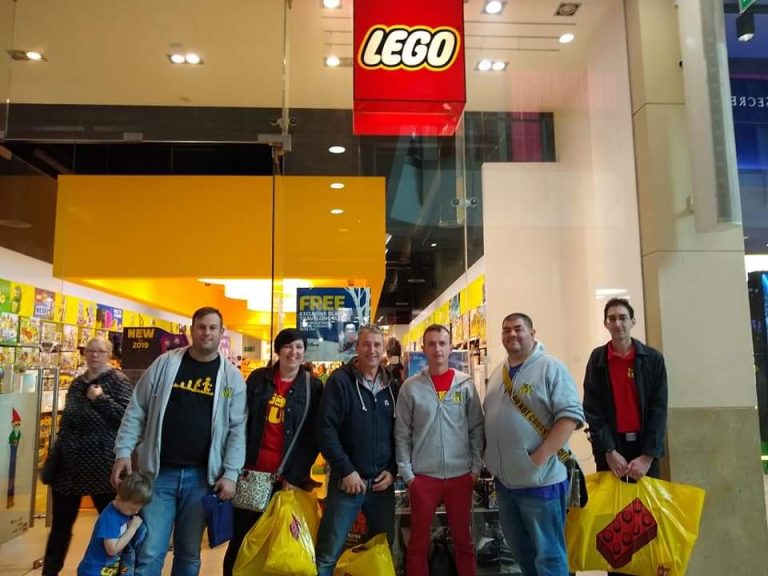 On Sunday 20th October we had our second outing as a group to the Cardiff LEGO store. The
group gathered with the usual enthusiasm that comes with a visit to the store. Many had come
with the intention of getting the seasonal Halloween bits and pieces from the PAB wall and
minifig build station, along with double points on everything! Lists were produced and PAB cups
duly filled.

While the group of GertLUGgers picked their way over the PAB wall, conversations and
discussions with other people visiting the store were had, with one AFOL couple getting a
GertLUG card and info about the Bristol Brick Show.

Once everyone had spent all they could with multiple PAB cups and minifig packs bought, along
with some nice sets, the GertLUGgers and families set off in search of food to the only place that
would do...Wagamamas. 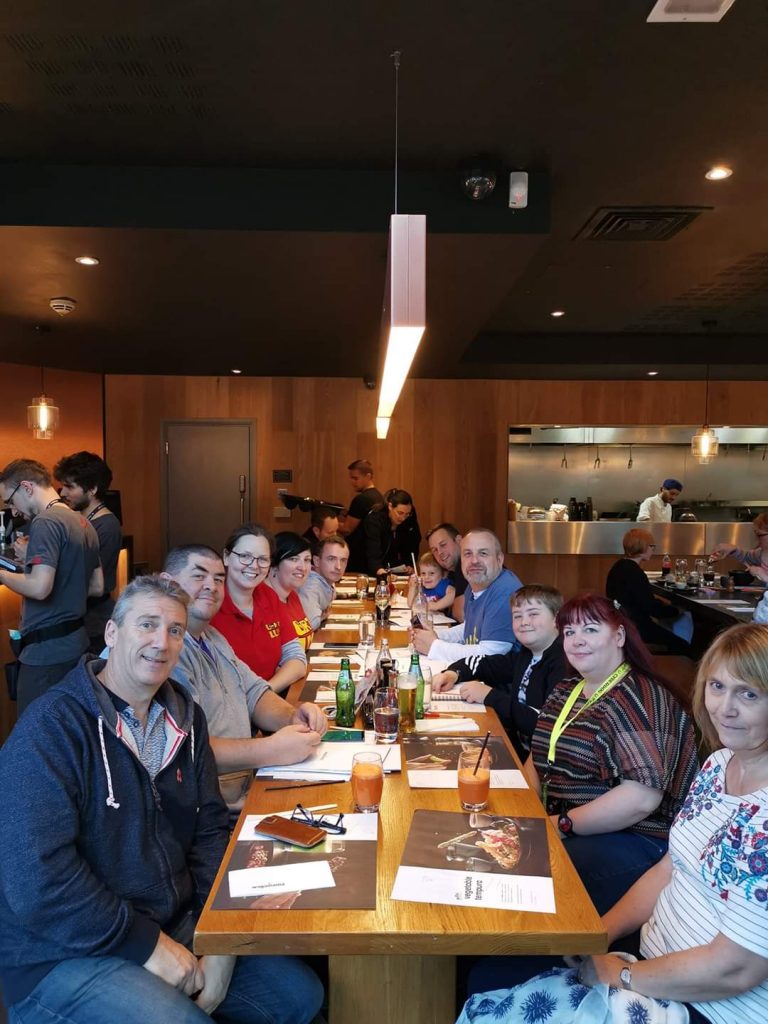 Wagamamas did not disappoint, with great food and lots of LEGO chat, it was a great
atmosphere. Thank you to Ian who brought along some base boards to show us where he has started
collecting the same piece in every colour. These were really interesting and inspired a few to
start their own collections.

Once again it was a great day out, meeting up with like-minded AFOLs. Big thank you to the
Cardiff LEGO store staff for putting up with us and being so friendly and helpful. They went
above and beyond and with double bonus points there was big smiles all round.
There were plenty of GertLUGgers including Nick, Hannah, Emily, Jamie, PK, Adrian and Paul in
attendance but we also got to meet Ian and Nicola for their first GertLUG trip out.
Looking forward to the next LEGO Store visit alongside the GertLUG Christmas Party!