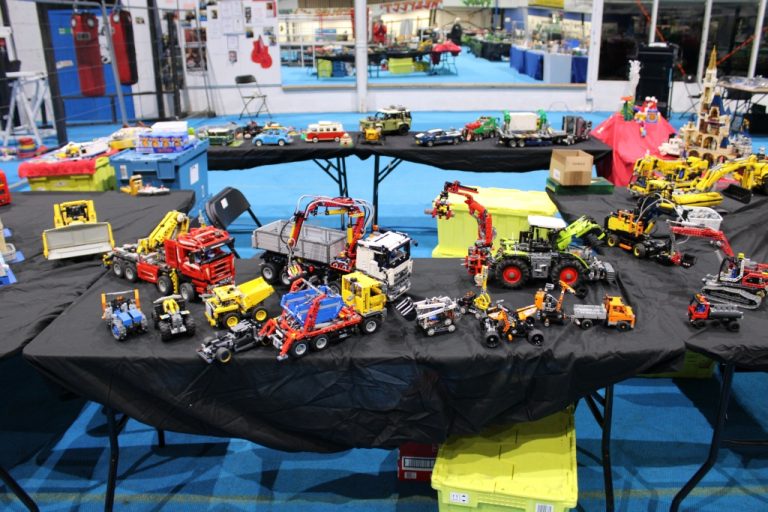 On Saturday and Sunday the 16th and 17th of November 2019, the second Bristol Brick Show took place. For 2019 the Show was bigger and better than the previous year, with more floor space to fill with even more displays. As well as the increased number of Adult Fans of LEGO from across Britain who came to show off their models, money raised from the show was donated to not just one, but two charities! CLIC Sargent and Children's Hospice South West both benefited from a donation of £2,650 each after the event and the totals from the Show had been calculated.

A selection of photos taken during the two days are shown below, but with so many models on display, we cannot show them all on this one page. Thanks to everyone who helped out with the show, no matter how much or little you feel you contributed and also thanks to all the visitors who came to see the models. It all contributed to raising money for two great charities.

Planning has already commenced on the 2020 Show and we hope to see everyone back again at a new venue (more details nearer the time). Until then though, there will be plenty of other events across the country where you may see some of us, either as exhibitors or just visitors.