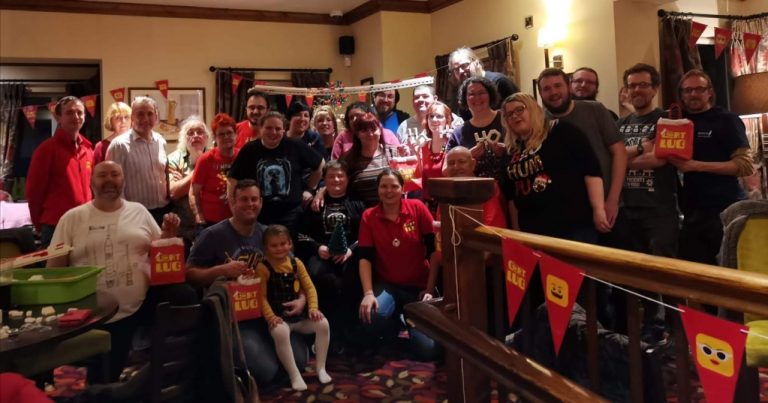 On Saturday 30th November, 30 or so GertLUG members and some of their family got together for our first ever Christmas Party. It was going to be a day to remember!

Like all good events it started with a trip to the Cardiff LEGO store. Members travelled from as far away as Stansted, Birmingham and Gloucestershire. We all congregated in the St David's Centre around 2/3pm to see what goodies were to be had on the LEGO PAB wall. We were not disappointed. After a good rummage of festive pieces the group headed back to Bristol for the second stage of the party.

Redwood Farm was to be the pub of choice with a great carvery. The space was decorated with gertLUG bunting, crackers and a special Christmas tree. As people started to arrive there was LEGO in red, white and green on the tables and members were encouraged to take part in LEGO's #buildtogive campaign. There were some fantastic builds that came from this activity and they were all hung on our Christmas tree.

After an hour of building everyone settled down to enjoy an amazing Christmas carvery. The food was fantastic with all the trimmings.

Once plates had been cleared away, GertLUG members were treated to an exclusive GertLUG Christmas goodie bag. There was lots of excitement as people looked through all the goodies they had received.

Next on the agenda was a Unikitty build in a bag competition. Building in a bag is a lot harder then you would think and the person who was able to complete it first won a LEGO bauble.

We carried on with a LEGO raffle where everyone in attendance got to go home with some great LEGO. There was also a secret Santa which was very entertaining as members were allowed to steal presents from each other (although a lot opted to keep the one they opened).

Finally there was a team building challenge. Three teams competed to build a bridge out of LEGO, that could span across two chairs, without breaking! This was very entertaining and impressive. The winning bridge had over 4 mobile phones balanced on it and it bent to the floor but didn't break. It gave up after 5 or 6 mobile phones pushed it too far.

All in all it was a fantastic Christmas party with lots of LEGO fun and general merriness. Definitely looking forward to next year's now! 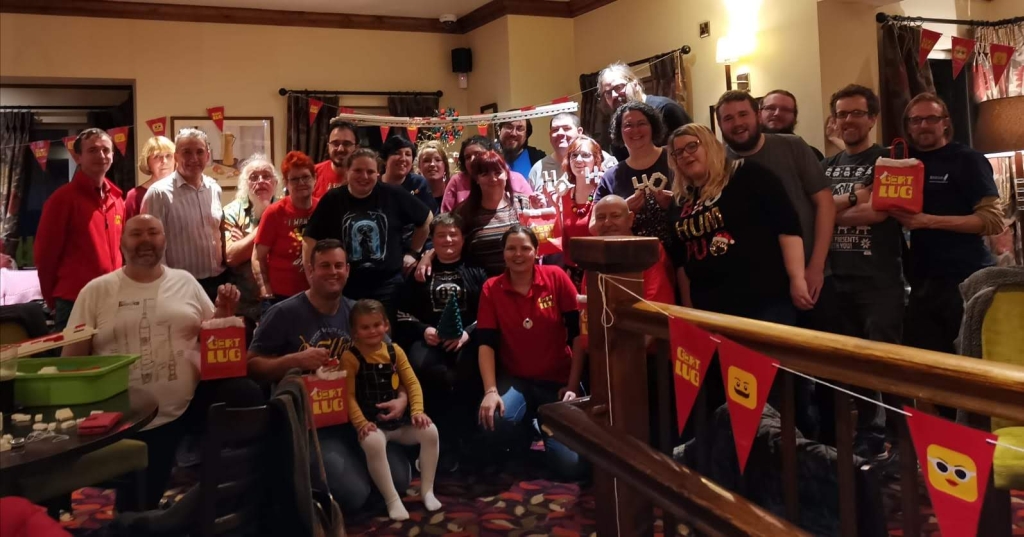