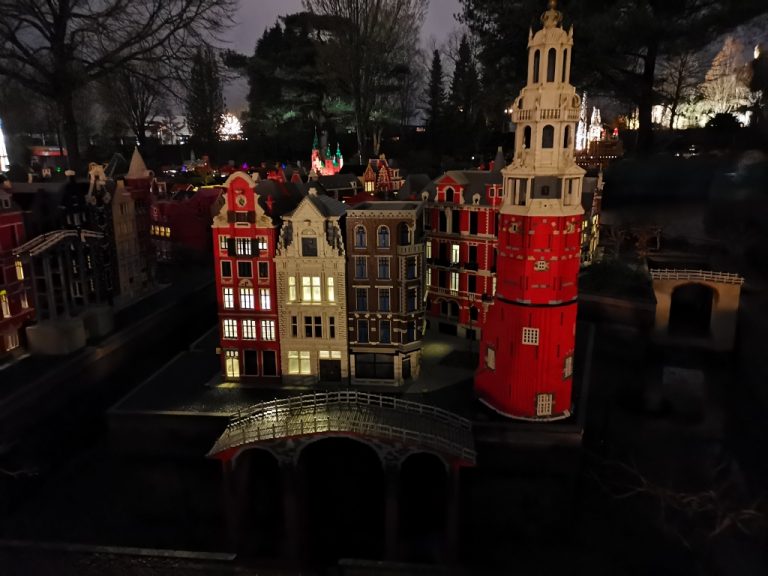 A couple of lucky luggers were given access to LEGOLAND Billund after it had closed this weekend. While it was nothing like 'Night at the Musem' it did make for some eerie and interesting experiences. A stationary carousel with human sized LEGO models glistening in the moonlight, casting dancing shadows on the wet floor – creepy! We turned a corner to see a giant brick built LEGO spider with glowing green eyes – scary! The abandoned Fabuland play ground with a swing squeaking in the wind and the stationary tram car over head – slightly exaggerated but still creepy!

While it was an eerie experience it made for some great photo opportunities. Did you know that Miniland is fully lit up at night? I’m sure it was a lot of hard work that is rarely viewed by members of the public. The classical architecture with lights in every window really brought the buildings to life in the late hours of the evening. Some of the most impressive buildings that were lit up were the large scale models such as the Parthenon, Eiffel Tower and Burj Khalifa.

We are extraordinarily thankful for the opportunity and we will look back on it as a phenomenal experience.