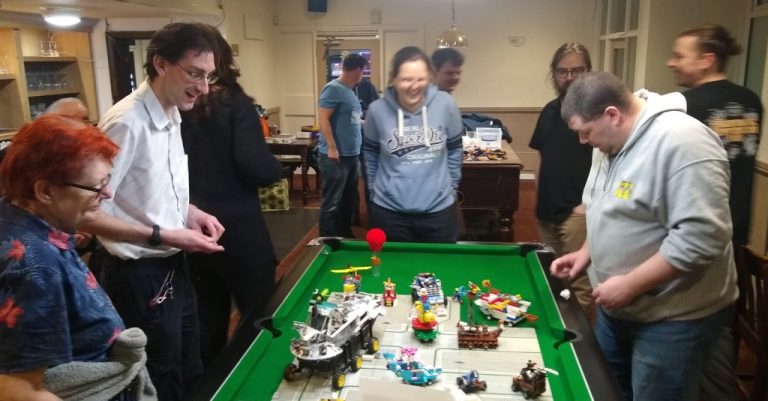 Our theme for this meet-up was LEGO Therapy. LEGO Therapy was created by Daniel B. LeGoff. He saw it as a way for children with autism to learn to communicate and interact with the use of something they love - LEGO. The session has 3 parts to it. A builder, a supplier and an engineer. Each person takes a job and during the session you rotate jobs so that by the end everyone has had a go at all the jobs. The Engineer's job is to read the instructions. They need to tell the supplier what pieces to get and then give to the builder. They also need to describe to the builder where to put them. The supplier is in charge of all the pieces and must listen to the engineer. The builder takes the pieces from the supplier and listens to the engineer's instructions of where to put them. Easy right? With this in mind we tried it out on a few of our AFOL's. Here is what they had to say...

Janet: ‘I really enjoyed it, it was harder to build with someone telling you how and where to put the pieces'

Jeff: ‘It was great fun! Was interesting how some parts we didn’t even have names for, we just knew their shape. It’s so much more difficult than it sounds.’

Nick: ‘Yeh I thought it was great! Was very interesting hearing the different names for parts!’

We also had a build challenge, which lots of people got involved in and created some great entries. The theme for this month was ‘Wacky Racers’. Well done to Ben Rowe for his pirate themed racer. Check out some of the entries below.

Finally, James also brought along his fantastic life size Darth Vader bust for us all to see. 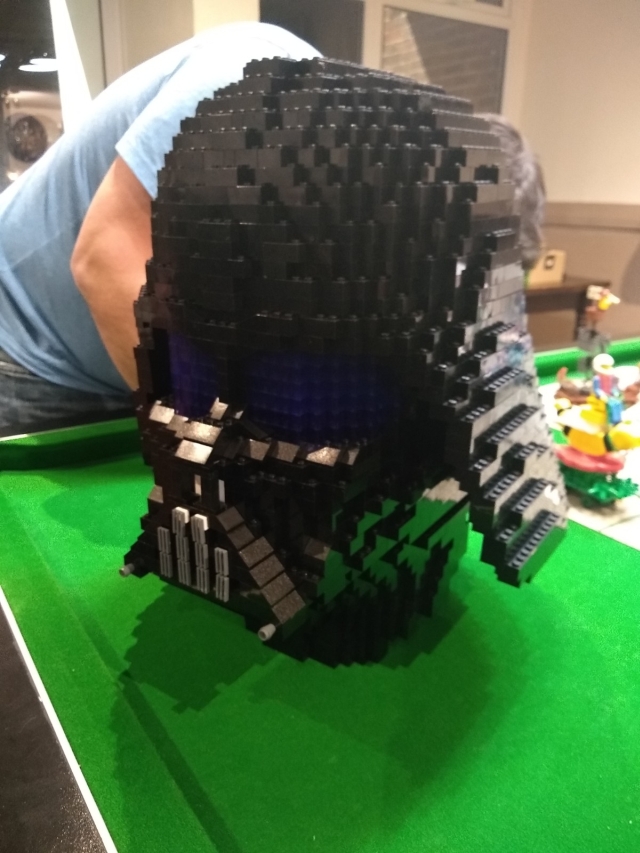